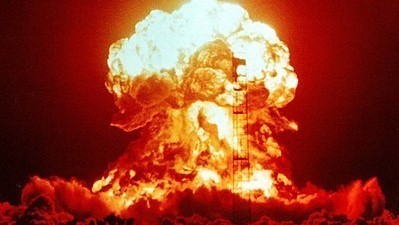 Please find below a letter to the Prime Minister from the Canadian Network
to Abolish Nuclear Weapons, a formal *Call to Action on Nuclear
Disarmament,* and a media release that provides context.

Earlier this month the world witnessed the storming of the US Capitol building; civil unrest fomented at least in part by one particular man’s desire to overturn the results of what was widely seen to be a free and fair election.

So worrisome was the behaviour of Mr. Trump in the dying days of his presidency, that the leader of the US House of Representatives, Nancy Pelosi, felt compelled to plead with the Chairman of the Joint Chiefs of Staff to deny access by the President to the nuclear launch codes, for fear that he might order a nuclear strike.

The terrifying reality is that a handful of world leaders continue to hold the fate of the world in their hands. One accident, one miscalculation or one tragically misguided impulse and everything could spin out of control, bringing an end to life on Earth as we know it.

We pray that developments of late, and the ongoing existential threat posed by nuclear weapons, generate an appetite for greater action by Canada on the world stage.

The Canadian Network to Abolish Nuclear Weapons offers the attached Call to Action on Nuclear Disarmament for your and your Cabinet colleagues’ consideration.

We urge your Government to act as though another nuclear event were imminent – as it very well could be.

Sponsored by the Canadian Network to Abolish Nuclear Weapons*

On the historic occasion of,

The Entry Into Force of the UN Treaty on the Prohibition of Nuclear Weapons;

And less than 6 months after:

The 75th Anniversary of the atomic bombing of Hiroshima and Nagasaki, that killed more than 200,000 people,

And the 50th Anniversary of the entry into force of the Treaty on the Nonproliferation of Nuclear Weapons that binds almost all of the world’s nations,

The Canadian Network to Abolish Nuclear Weapons respectfully submits to the Government of Canada the following Call to Action on Nuclear Disarmament:

Nuclear weapons present an existential threat to humanity and to our planet;

Use of even 1% of the global nuclear arsenal of approximately 13,400 nuclear weapons could result in a loss of millions of lives immediately and billions more from radiation and starvation as a result of ensuing nuclear winter;

Nuclear-armed states have embarked on a new nuclear arms race under the banner of ‘modernization’, including the development of new types of, and new roles for nuclear weapons;

Recent technological developments including missiles that can travel more than 20 times the speed of sound, vulnerability to cyber-attack and the deployment of tactical nuclear weapons, have increased the likelihood of their deliberate or accidental use;

Several non-nuclear armed states including Iran, Saudi Arabia and South Korea have indicated that they too could pursue nuclear weapons capability;

Non-state actors including Daesch and Al Qaeda have pledged to acquire nuclear weapons;

There has been dramatic deterioration of the nuclear arms treaty regime in recent years including:

• US withdrawal from the Joint Comprehensive Plan of Action (JCPOA) agreement with Iran;

• US and Russian withdrawal from the Intermediate-Range Nuclear Forces (INF) Treaty;

• US and announced Russian withdrawal from the Open Skies Treaty;

• US refusal to date to extend the New Strategic Arms Reduction Treaty (New START) set to expire in February of this year;

• refusal of all nuclear armed states to participate in the negotiation of the Treaty on the Prohibition of Nuclear Weapons (TPNW) that has been endorsed by 122 other states and enters into force, today;

• failure for half a century to fulfill the legally binding obligation contained in Article VI of the Treaty on the Non-proliferation of Nuclear Weapons (NPT) to “pursue negotiations in good faith on effective measures relating to cessation of the nuclear arms race at an early date and to nuclear disarmament, and on a treaty on general and complete disarmament under strict and effective intentional control”;

The ever-present risk of human miscalculation or accident that have brought the world terrifyingly close to the brink of nuclear disaster many times over the past 75 years; and

The dangerously high level of tension between and among nuclear-armed states;

The hands of the Doomsday Clock, being set, on January 23, 2020, at 100 seconds to Midnight, the closest to ‘Doomsday’ since it was created by atomic scientists in 1947;

We, citizens of Canada, call upon the Government of Canada, on an urgent basis, to:

Act upon the motion adopted unanimously in the House of Commons and the Senate in 2010 that “encourages the Government of Canada to engage in negotiations for a nuclear weapons convention as proposed by the United Nations Secretary General, and to deploy a major world-wide Canadian diplomatic initiative in support of preventing nuclear proliferation and increasing the rate of nuclear disarmament”.

In so doing, the Government of Canada should, inter alia:

1. Welcome the Entry Into Force of the historic Treaty on the Prohibition of Nuclear Weapons, accede to this Treaty at the earliest possible date and actively promote its universalization;

2. Allow a full Parliamentary debate on Canada’s role in advancing nuclear disarmament throughout the world, to enable Canadians to hear from all political parties on this critically important issue;

3. Conduct formal hearings in the House of Commons Standing Committee on Foreign Affairs and International Development to enable Canadians citizens with extensive knowledge and expertise to advise on ways that Canada can more effectively facilitate nuclear disarmament;

4. Announce to NATO allies and to the world that nuclear disarmament shall be among the highest priorities for Canada. Then, work closely with the UN Secretary General and his officials, like-minded nations and civil society to achieve the goal of the total elimination of nuclear weapons;

5. Disassociate Canada from NATO’s nuclear security doctrine and “take a leadership role within NATO in beginning the work necessary for achieving the NATO goal of creating the conditions for a world free of nuclear weapons”, as recommended unanimously by the House of Commons Standing Committee on National Defence in 2018;

6. Press all nuclear-armed states to undertake the following:

• cease all efforts and activities toward the modernization and expansion of nuclear arsenals and decommission and destroy nuclear weapons within their possession or control as soon as possible;

• urge the US and Russia to reinstate the INF Treaty and extend the New START Treaty indefinitely;

• universalize the Treaty on the Non-Proliferation of Nuclear Weapons (NPT) and act upon the obligations contained in Article VI to pursue good faith negotiations toward nuclear disarmament;

• either become party to the Treaty on the Prohibition of Nuclear Weapons or, failing this, commence negotiation on a new comprehensive Nuclear Weapons Convention that will achieve the same stated goal on an urgent basis: the total elimination of nuclear weapons;

• cease the production of all weapons-grade fissile material, place it under effective international control and undertake a comprehensive program to deplete it;

• establish an effective system of verification to ensure compliance with key obligations, on an ongoing basis.

We further urge the Government of Canada to:

7. Press nations that host the nuclear weapons of other states on their territory to cease doing so, as Canada itself did almost 4 decades ago;

9. Support the creation of additional Nuclear Weapons-Free Zones, in particular in the Middle East and in the Arctic; and

10. Adopt and promote throughout the world a new paradigm of national security based upon the principle of sustainable common security for all states and all peoples.

Another nuclear event could occur at any time. Unlike global pandemics, preventing nuclear catastrophe is fully within human control. We must act NOW to rid the world of this ultimate existential threat and to preserve our planet for succeeding generations.

Call to Action on Nuclear Disarmament – 2021

On the occasion of the Entry Into Force of the Treaty on the Prohibition of Nuclear Weapons (TPNW) on January 22nd, the Canadian Network to Abolish Nuclear Weapons (CNANW) has released a new Call to Action on Nuclear Disarmament – 2021. (See attached text)

Included in this ‘Call’ is a request that the Government of Canada establish nuclear disarmament as a foreign policy priority and to allow parliamentary debate and Standing Committee Hearings on Canada’s role in advancing global nuclear disarmament.

The CNANW also calls upon Canada to accede to the Treaty on the Prohibition of Nuclear Weapons which is an historic milestone in the global campaign to rid the world of nuclear weapons.

Negotiated in 2017, the Treaty on the Prohibition of Nuclear Weapons has been endorsed by 122 States in the UN General Assembly. It currently has 86 signatories, 51 of which have ratified.

The minimum threshold of 50 ratifications to trigger Entry Into Force 90 days later, was achieved on October 25, 2020. Thus, the Treaty will become legally binding on all States Party to it on January 22, 2021.

Upon the announcement of the 50th ratification, United Nations Secretary General Antonio Guterres observed that the Entry Into Force of this Treaty will be “the culmination of a worldwide movement to draw attention to the catastrophic humanitarian consequences of any use of nuclear weapons. It represents a meaningful commitment toward the total elimination of nuclear weapons, which remains the highest disarmament priority of the United Nations.”

The President of the International Committee of the Red Cross (ICRC), Mr. Peter Mauer, said that “For too long, we have looked to the past for guidance on what to do about nuclear weapons. We have witnessed how the dangerous logic of nuclear deterrence repeatedly has led the world to the brink of unimaginable destruction, threatening the very survival of humankind…. (This) is a victory for humanity”.

The Canadian Network to Abolish Nuclear Weapons, regrets that all nine nuclear-armed states and their allies – including Canada – boycotted negotiation of the Treaty on the Prohibition of Nuclear Weapons, and continue to denounce it. NATO claims that the TPNW could undermine the 1970 Nuclear Non-proliferation Treaty (NPT), despite the fact that the NPT itself contains a legally binding provision to “pursue good faith measures leading to general and complete nuclear disarmament under strict and effective international control.”

The majority of the world’s nations and many in civil society contend that the Treaty on the Prohibition of Nuclear Weapons is in fact complementary to the Non-Proliferation Treaty (NPT) and a major step forward in the global campaign to prevent nuclear catastrophe.

Key Provisions of the Treaty on the Prohibition of Nuclear Weapons

The Treaty prohibits under any circumstances, the development, production, testing, manufacture, acquisition, stockpiling, transfer, use or threat of use of nuclear weapons or other nuclear devices. It further prohibits assisting, encouraging or inducing the activities mentioned, including disallowing the stationing, installation or deployment of nuclear weapons on territory of or under the control of a state party to the Treaty.

It requires States party in a position to do so to assist the victims of use of nuclear weapons in Japan and of more than 2,000 nuclear tests conducted in various locations since 1945, including environmental remediation.

Also included is the obligation to encourage states not party to accede to the Treaty with the ultimate goal of universal adherence by all States.

States Party to the Treaty will identify a competent international authority to ensure and verify that all provisions of the treaty are upheld, including the immediate removal from operational status of nuclear weapons of any State Party, and their elimination within a time-bound deadline.

In sum, the Treaty on the Prohibition of Nuclear Weapons imposes on States Party to it, comprehensive and categorical prohibitions, positive obligations and measures for the verified, time-bound and irreversible elimination of nuclear weapons. For additional information, please contact Earl Turcotte, Chair of the Canadian Network to Abolish Nuclear Weapons at earl.turcotte@gmail.com or by telephone at 613-839-2777.